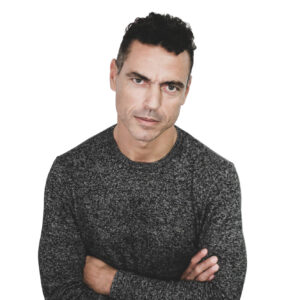 Born in Patras i studied Civil Engineering at the University of Patras and graduated in 1997. I started working as a design engineer in my own office and collaborated with many technical offices in Patras and Athens. In 1999 I started parallel studies in Architecture and graduated in 2005 with a diploma thesis on the regeneration of the coastal front of the port of Patras. In 2006 the office was transformed into a team of engineers and architects “the YMNM project”. In 2008 I founded the purely architectural team ARCT2. In 2016 the team is redefined and renamed MODIFY.

From a very young age, I was interested in new technologies and computers with the new possibilities they offer to humans, so I was trained in various programming languages (eg Basic, Fortran, Pascal, C, C ++). This knowledge allowed me to use the computer as a working tool and to be able to specialize in its use in the field of architecture and technology. While studying at the University of Civil Engineering, I developed software for the static analysis of buildings and structures using the finite element method (computing core and user interface) as a dissertation, an application that helped me cultivate the necessary level for the field of electronics, construction during my studies in architecture. My search for the optimized use of computer systems in architectural design and practice led to the world of parametric design for solving shapes and faces as well as high-precision design through digital modeling. Rhino and Grasshopper together with extensions (real time static analysis, form finding, digital input, C # programming, case study, Kangaroo, Galapagos) became their basic tools of architectural detection, while the knowledge of programming languages allowed the adaptation of the above tools to my individual architectural thought. My long-term involvement with digital tools and their integration with architecture has led me to realize the need for their guidance in managing large volumes of data and designing advanced and sophisticated architectural forms and systems in an age of adaptation and need. In both the field of architectural work and the field of architectural education, technology is a useful and gradually necessary tool but also a challenge of not manipulating human thought.

Along with my studies and work, my many years of dance studies and my extensive experience in the choreography of human movement and scenography played a central role in the way I thought and designed. In 1998 i began dancing lessons at the school of Eleftheria Tsafoulia in Patras Ballet, Jazz, Modern, Contemporary. Since then i have passed exams and received the following Diplomas at ISTD: Ballet Grade 5, Jazz: Bronze, Silver, Gold, Modern: Grade 5, Intermediate, Advance 1. I have also attended dance seminars 2004 within the Kalamata dance festival with Keren Levi, 2005 as part of the Kalamata dance festival with Jeremy Nelson, 2006 as part of the Kalamata dance festival with David Zambrano, 2007 Vienna with Bruce Taylor and Frey Faust and Marjory Smarth, 2008 Patras with Haris Mantafounis, 2008 Patras with Dorothea Kalethrianou. I have been a member of the contemporary dance group “TEMPORARY COMPOSITION” and I have participated in performances of the group in Athens and Patras. I have also participated in several dance performances in schools in Patras as well as in the scenography of the OROCHORO dance group in the performance of NIMA at the Apollon Patras Theater with a co-production of DIPETHE PATRAS.

Through dance one has the opportunity to accurately learn the movement of the human body and its adaptation to space. Gradually this experience helped me understand the movement in the architectural experience and how it should be taken into account in the design of spaces and the interaction with different users. The gait course, the texture of the morphological flows, the gap and the full in the interaction of body and building but also of the parts of the building with each other and the variability of the movement in relation to various external factors are elements that I had to study in depth and I consider them to be key elements of building awareness as an entity. Walking paths and morphological flows have the same texture and the same sexual principle. The gaps created by the movement of the body in essence define the complete of the buildings. A dancing mood can be described in any building but also a building can be created as a choreography of its parts. Every element of attitude is also potentially movement. With this in mind I always want to turn the immovable parts into mobiles, the skeleton from the point of definition of the building into a motion proposal. Architecture as dance.